Frankly, it’s really difficult for anyone to write a description which can completely justify the might of this incredible city. This city has its richness in all spheres. Homing about 14 million citizens, the city holds spectacular sights of architecture which stands as an evidence of its dynamic history.

Being situated on the banks of river Hooghly, the city has developed good trade relations with foreign countries. The people here have their own distinct lifestyle. The traditions here reflect well in their movies and literature. You can find the best sport lovers of the country here in Kolkata. It is also a home place for legendary personalities like, Rabindranath Tagore, Satyajit Ray and many more. The city also owns versatile tourist attraction elements. Topping the list would the Howrah Bridge. The Bengali food items are famous in most parts of the world. Climate in Kolkata: The climate here is a kind of tropically wet as well as dry type.

The average temperature of the city stays around 260c. As the typical Indian seasons, the summer here occurs in the months from March to June. The winter here lasts for about two and half months. During, December and January, lowest temperatures will be recorded here. The temperatures in winter might range between 120c to 230c. However, there are real good chances of temperature dropping to single digits in winter. The lowest temperature recorded ever here is 50c. It can be interpreted that, Kolkata has the same typical frosty winters as in most parts of north India.

South west monsoons bring in some showers to the city during the months of June and September. It is to be noted that, during the months of April to June, the city can be prone to some unexpected heavy rains. What to Wear In Winter Here? Special care has to be taken when it comes to winter wear in Kolkata, since; the temperatures are relatively chilling in the city. Winds are relatively unbearable during winter. When you feel like taking a walk along the beach, don’t forget to wear a monkey cap. These caps are worn extensively among the Bengalis during winter.

It is preferable if you carry an umbrella with you. It could guard you well against the showers as well as the cool breeze which bites you. It’s not a bad idea to take advantage of winter, to dress our self trendily. Kolkata always welcomes the newer trends of winter fashion. Get Online: The trend of online shopping is growing at a faster pace here in Kolkata. People here, try to look stylish throughout the year. The local online stores of Kolkata are well trained to catch the pulse of the citizens, when it comes to fashion.

They present you the most attractive and stylish winter wear. All that you need to do is to search the garments of your choice and compare the prices among various stores. This can fetch you the garments at the most affordable prices. Try shopping a winter jacket which preferable made of wool or leather. 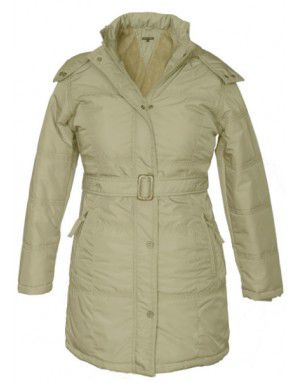