Beanie Caps And Its Types

Winters are spine chilling and one cannot have cared more when it comes to staying warm. Various types of winter wears help people obtain the warmth they will be longing for. Among various kinds of winter wear beanie caps are quite important. Beanie caps are basically winter hats which are worn on head.

These brims usually started an inch deep but later became wide in the 21st century. They are now available in wide range of colors designs and sizes. Brimless beanie caps Brimless beanie caps were unlike the brimmed beanie caps. They did not have that brim of an inch on them. They were plain and sophisticated. These kinds of beanie caps are popular among American fraternities. They usually work their school colors on their beanie caps. The specialty of this is that it is wholly made of a single fabric these beanie caps are made in four to six felt panels which is of two or more colors and later sewn together. They were designed to snugly fit over the head. Latest designers have made these brimless beanie caps more fashionable by making them with fur.

The folded brim beanie caps became famous among the kids after their favorite cartoon characters from Disney, Barbie and other series were imprinted on the caps. These types of beanie caps are hugely in demand as of now. There are plenty of manufacturers who are into manufacturing these beanie caps after they got to know that the beanie caps of these sorts were in great demand in the market. 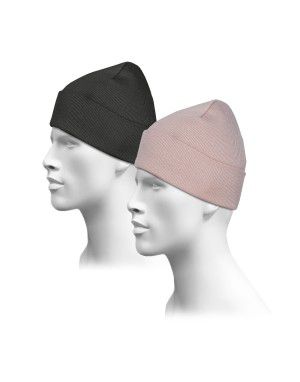